Oxfordshire Highways department have served us with an urgent Section 5 notice regarding the safety of the pinnacle (the ‘pin’) in the centre of the village.  As part of their survey for the road repairs in the village, they noticed the pin has become unstable.  The Section 5 notice refers to the possible causes as “…progressive mole intrusion and squirrel damage”.

Highways will be removing the pin, but the base will be left in place after being made safe.  The work should be completed today and we are not expecting any major disruption to traffic, although villagers are asked not to climb on the monument until the pin has been fully removed. 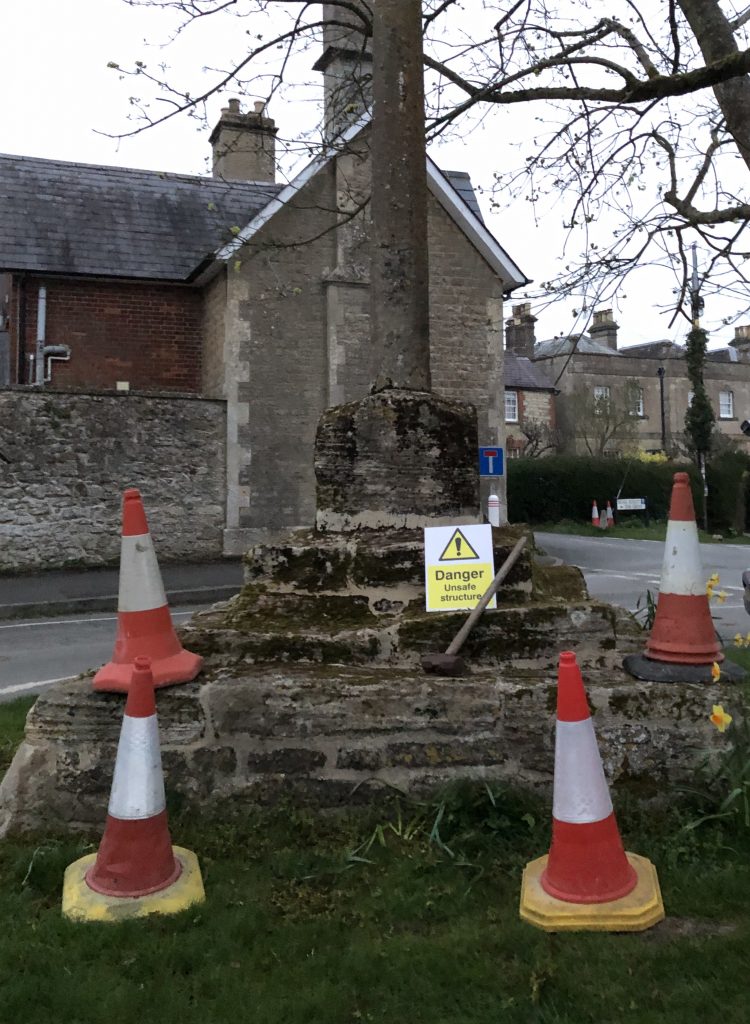 Message from the BBC

Exciting news for listeners of The Archers

With the pandemic affecting so many aspects of day-to-day life, there is at least the occasional silver lining.  We’ve been approached by BBC Birmingham with a proposal that may be of interest to listeners of The Archers on Radio 4.

Fans of The Archers will know that the current storylines are recorded up until May, with the BBC now preparing to record new episodes which will include the effects of the pandemic.  Unfortunately, they are unable to make recordings in the studio due to social distancing restrictions.

The BBC is proposing to make all the recordings in the open (it is, they point out, set in a rural and farming community after all) at various village locations. They have chosen Bourton as one such location.  As a consequence, residents will see a number of outside broadcast vehicles in the village later in the month, but the BBC have assured us that disruption will be kept to a minimum.  They have asked us not to get too close to the staff and actors and certainly not approach any of them seeking autographs.

Furthermore, the BBC is looking for extras for certain scenes (apparently one story line involves a riot of panic buyers at the organic farm shop).  If you are interested in appearing in The Archers you should contact BBC Birmingham on 0121 567 6000.

Villagers will be aware of the increasing rush-hour road traffic flow through the village, especially during term times.  The Parish Council has been working on possible traffic calming schemes to reduce and slow down the traffic travelling through the village and has now agreed a two-stage approach to deal with this important issue.

First, a ‘build-out’ is scheduled to be built on the Bishopstone Road, close to the church, to restrict and slow down traffic.  This has been funded through a generous donation from Pinewood School.

Second, a part-time one-way system will be put in place for all road traffic in the village.  Traffic will only enter the village from the Avenue and Lower Bourton and exit along the Bishopstone Road.  To minimise the inconvenience to some of the villagers affected, the one-way system will only operate during term times.  It will be important therefore for everyone to keep informed of term dates, which will be displayed prominently on the village and school websites.  The first date of operation will be the start of the Summer term. 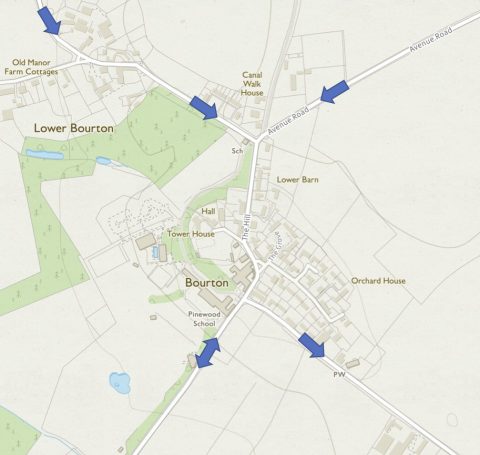 We are delighted to announce an exciting initiative from the Parish Council – twinning with another community outside the UK.

Villagers will be familiar with the concept of community twinning – bringing communities together across borders and promoting friendship and co-operation.  For example, Swindon is twinned with Salzgitter in Germany, Shrivenham is twinned with Mortrée in France and Bishopstone recently announced they have twinned with Detroit in the USA.

To make sure Bourton doesn’t lose out from these important international connections, the Parish Council is seeking a suitable community to twin with.  After extensive research, the current shortlist includes:

We have scheduled a series of fact-finding visits to these locations (two other possible places in Switzerland and Austria are due to be seen much later in the year).  Villagers can rest assured that costs will be kept to a minimum with only three councillors going to each location for a maximum of two weeks.

Watch this space for news of how we get on.   Adiós!